A Little White Lie! (Regarding School) 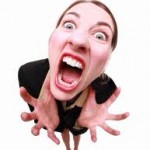 If you have ever dropped a child off at daycare or preschool, you’ve either witnessed or been an unwilling participant in a “Bad Morning with Child”
Queue Scene: One disheveled mom dragging one or more exasperated and equally disheveled children into a building.
The mom walks up to the teacher/Care giver and states: I don’t know what happen. We were doing so well until …… fill in the blank ..…
My daughter goes to a preschool for kids with special needs, so we may fill in that blank a bit differently.
For example: one morning my then 3 year old, who had not figured out how to turn a door knob, attempted an escape by removing the pins from the door hinges using a butter knife. That’s not even the lie!
But I digress, I’m sure you can fill in the blank.
The other morning as we were wondering in to school, one of the mom’s practically knocked me over in her state of disarray. She apologized profusely as she was attempting to wrangle her child and check her school bag …….. And then it hit me – CRAP O LA!

You see, the day before when my daughter got home from school, she wasn’t wearing the clothing which she was wearing when I dropped her off. I opened my daughters school bag to find a ziplock of wet clothing and a note.
The class went outside for an art project. They painted the kids feet and let them walk up and down a long piece of paper (makes you want to be 4 again doesn‘t it!).
And they had a basin of water for the kids to use to wash their feet – my daughter being the little smart ass that she is, decided to SIT IN IT!
Back to the school bag ……. As I’m standing there that morning, looking at the other mom digging through her child’s school bag I realize that I only have a brief recollection of going into my daughters room to grab extra clothing for her school bag – I have no idea if they made it in the bag or if I even grabbed any. 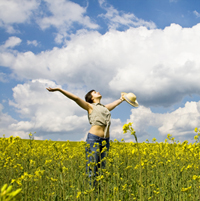 Worse yet, I have no excuse! To be perfectly honest, when I arrive at school and I’m missing whatever it is my child is supposed to have, normally it’s because we had a GREAT Morning – but YOU CAN’T TELL PEOPLE – I was enjoying this morning far to much to be bothered with something like ‘Extra Clothing in case of Impish Prank’.
Actually I was a little surprised the note didn’t read “stripped naked, streaked the school THEN sat in bucket of water” We have enough difficulty keep clothing on her, rarely does it ever stay on long enough to get dirty!
I couldn’t exactly lie about forgetting to put clothing in to my daughter school bag – because they’d know when they read this!
I stuck my head into my daughters school bag and was able to identify 1 sock, a pair of underwear (hopefully clean) and something gray which I’m assuming were stretchy pants.

Luckily my daughter made it through the school day without incident or accident – until that evening when we returned to the school for a meeting. My daughters (both) went out to play while other teachers kept an eye on them and that is when my youngest daughter decided, for the first time in her potty trained life, to wet herself. And I say “decided” because she once WILLFULLY went 18 hours without peeing because she didn’t like the pilgrim hat that the doctors office gave us to put in her potty so I could collect a sample – This Child Can Hold IT like nothing you’ve ever seen.
Maybe blogging about ones life isn’t such a good thing, if you can’t tell the occasional little white lie, for those times you forget to pack an extra pair of underwear for your kid!
*Sigh* Kids!

Hello,
You have reached my personal page, not my website.
This page makes it easy for friends and family to email me.
To visit my website go to: StuckAtHomeMom.com